A 14 year-old precocious school boy from the us state of Alabama turned down a whopping $30 million buyout offer from a national healthcare company for his invention of vending machines that dispense first aid kits.

Taylor Rosenthal came up with the idea of creating vending machines that dispense prepackaged first aid kits for dealing with cuts, blisters and sun burns after watching his friends fall over at baseball games.
“Every time I’d travel for a baseball tournament in Alabama, I’d notice that kids would get hurt and parents couldn’t find a band aid. I wanted to solve that,” Rosenthal told ‘CNN Money’.

Rosenthal, who launched his start-up RecMed last year, was offered a $30 million buyout offer by a “large national healthcare company”, but he rejected to sell his idea.

Google Chrome is undisputedly the best and one of the most popular web browser available in the market. According to different surveys, about 25-28 percent people browse the web using Google Chrome. Talking about the speed, benchmark tests put Chrome at the top without any hesitation. To improve the web browsing experience and making it faster, Google has introduced many features like better security measures and new protocols.

Even though Chrome is the fastest web browser available, it’s often bashed for eating up your RAM and slowing down your PC. To make Google Chrome faster than ever, we’re here with some simple tweaks and tricks. After performing these steps, you are bound to experience increased speed in Google Chrome.

For everyday use, Chrome works just fine. But if you are a power user, you can try out few experimental options of Chrome. These tweaks use your PC muscle to make Google Chrome faster improve the performance.

Microsoft is kicking off its BUILD 2016 developer conference on March 30. This annual event is known to bring some exciting news for Microsoft fans each year. At this year’s event, Microsoft is expected to show off its newly-found Linux love in a big manner.

According to a new report from ZDNet, Microsoft is likely to announce a partnership between Canonical and Microsoft that would aim to bring Ubuntu on Windows 10.

This functionality won’t be limited to running Bash shell on Windows 10. With this development, users will be able to run Ubuntu simultaneously with Windows operating system. This will be making Ubuntu an integrated part of Windows 10, not just some virtual machine.

At the moment, details are not revealed regarding this arrangement. It’s expected that Ubuntu will run on top of a foundation of native Windows libraries. It should be noted that Microsoft quietly introduced Linux subsystem in a new Windows 10 Redstone build.

Microsoft and Google are technically enemies in this competitive market, but the tech industry has shown us time and again that it is not a place where grudges are often held. Competitors could be battling each other in court while also signing deals to manufacture parts for each other. Simultaneously kissing and slapping enemies has become a habit around here.

Nevertheless, Microsoft and Google have a love/hate relationship that has been leaning more towards the sweet side lately. Microsoft can diss the Android OS all they want, but they can’t deny their own platform and devices are not really taking off. Windows Phone continues to hold only 2.57% of the world’s mobile OS market share, which is, simply put, quite insignificant compared to the big guys.

No matter how fast our broadband connections get, it seems like we’re always wanting more – and the good news is that more is on the way. A team of engineers has just used a new type of laser-based transmission technology to smash data transfer records, achieving an incredibly speedy 57 gigabits per second at room temperature.

That room temperature factor is important, because it shows that the technology could eventually be applied to our homes and offices (typically, the warmer the temperature, the slower the data transfer). Plus the bits and bytes were beamed without any errors – another significant factor in assessing the technology’s mass market viability.

To put it in perspective, 57 Gbps is enough to download a whole Blu-ray in just a few seconds. That’s the fastest ever data transmission speed over a new type of laser called a vertical-cavity surface-emitting laser (VCSEL), which is used across fibre optic lines – the type of cabling that underpins much of the broadband infrastructure that’s already in place in our homes and offices. 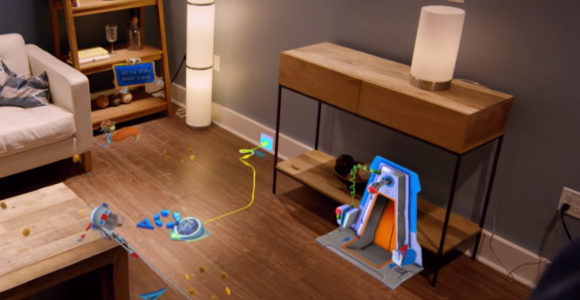