In the last three decades, experts have been improving our technology and quantum computer system that are tremendously stronger than all the computers we have in our world today. With that being said, a company that started off as the yellow pages of the internet – Google – has teamed up with National Aeronautics and Space Administration, and gave the world a quantum computer that is called D-Wave 2X and this time it works very well.

The tech giant says that the D-Wave 2X is a billion times faster than all the machines that exist today. So if that is the case, then D-Wave 2X can in theory finish calculations within a few moments for a question or numerical problem which may take a standard PC or machine more than a few thousand years to come up with the solution. That is particularly crucial considering the complicated activities that today’s personal computers are summoned to accomplish and the astonishing volume of information they are asked to function with. The D-Wave 2X signifies a quantum jump not just for computers but also in the world of artificial intelligence – as a matter of fact; Google describes this as Quantum A.I. That is due to the fact that the conditions which are really challenging or really complicated for today’s gadgets to solve, may very well be sorted out easily down the road. Thanks to the particulars of precisely how Google’s quantum computer system operates – the way how it processes data is identified as quantum annealing.

In addition to leading the market from the front where desktop and server processors are in demand, Intel is also digging deep into IoT. The company’s latest hardware will effortlessly allow us to mass produce robots and drones, and that too from the comfort of their own home. 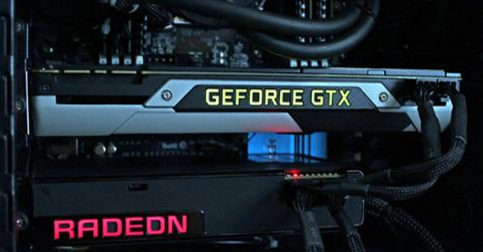 The weather forecast for hell is snow. And, yes, those are pigs taking flight. Indeed, one of the most unthinkable events in PC gaming is underway thanks to DirectX 12: GeForce and Radeon cards can run side-by-side in a single PC.

The long-touted, but not quite public feature in DX12 that makes this possible is Explicit Multi-GPU. It lets games parcel out graphics chores to any GPU that supports a multi-GPU mode.